» Getting Us Back Together....

» Ban the user above you [FORUM GAME]

You are not connected. Please login or register

TheMattVid » Random Converstation » Ask me anything 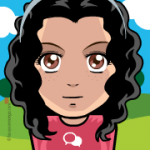 Posts : 19
Join date : 2016-05-28
What happens when you get 'scared half to death' twice?
Is it true cannibals don't eat clowns because they taste funny?
If all the world's a stage, where does the audience sit?
If it's tourist season why don't we shoot them?
If you write a book about failure, and it doesn't sell, is it called success?
Isn't Disney World a people trap operated by a mouse?
If electricity comes from electrons, does mortality come from morons?
Why aren't blueberries blue?
Why is the word for "a fear of long words" (hippopotomonstrosesquippedaliophobia) so long?
Why do people believe you if you say there are four billion stars, but check if you say the paint's wet?
What if Batman gets bitten by a vampire?
Why don't you ever see ads for people working in advertising companies?
Why isn't chocolate considered a vegetable, since it's made of cocoa beans and all beans are veggies?
If a fork was made of gold, would it still be called silverware?
Why do all superheroes wear underpants on the outside? 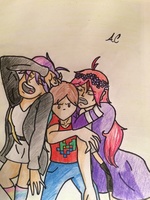 Re: Ask me anything

TheMattVid » Random Converstation » Ask me anything

Search
TMV.ZONE
Click here to vote for TMV.ZONE and get server rewards!

The contest for a free $100 donor rank is open for January. Click here to learn how to win!

Want the server to grow and succeed? Click here to learn how to help!
Top posters
Top posting users this month